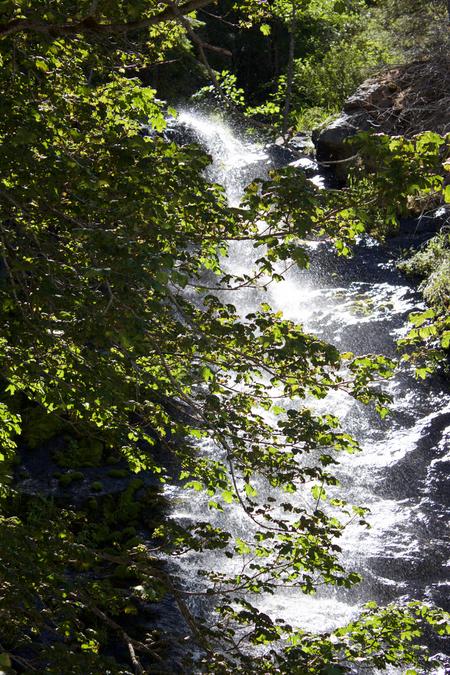 Daisy Mae is a 46 year old woman who due to circumstances became homeless.  Her favorite pastime was spending time with animals.  She often visited the humane center to talk to the dogs and cats.  She wasn't daft or outwardly troubled.  Just lonesome.  She just didn't want them to be alone either.

These photos were supposed to be only Photo Gallery page.  Well, here they can stay for now!

Happy Merry New Year!  Time to get life off to a Big Bang although what that should be remains to be seen.

Life in Kettleworth, Just the Falls, is a moderate sized city with a lake north of the main part of town and just ten miles west of Just the Falls.  Like most cities, there is a town hall, city hall, county records, police department and a sheriffs department. Both departments at times lock heads especially when a body turns up at the county/city line.  The county might just toe the body over to the cities side and the city just might do likewise.  The Coroner gets to make the final determination.

Being the second day, of the 2020th year, of the First Month, you would think everyone would be sitting at home recuperating from an over sports headache, numbed beer brain, and women with over the top credit cards while the men become football comatose.  Same thing happens every year somewhere in someone's household and town or city.  Football, Beer, Pizza, and Credit Cards.  Pretty much in that order.  So what should change any of this?  Fairly simple.

In downtown Just the Falls on this fine cold day in January on the first day of the new year, women jostled for the sales tables and racks, those with brains headed for the coffee bar and the peace and quiet of a deserted park.  The park is where the trouble began.

Daisy Mae Ripple (yep, Daisy Mae from the old comic strip in the newspapers), was minding her own business as she sat on a park bench throwing peanuts and breadcrubms out for the birds and squirrels. This was her habit every other afternoon.  Since she missed the first day of the year. the second day saw her sitting in the cold air, bundled up in her warm coat feeding the animal.  For Daisy it was just another normal day and the beginning of a new year filled with hopeful promises.