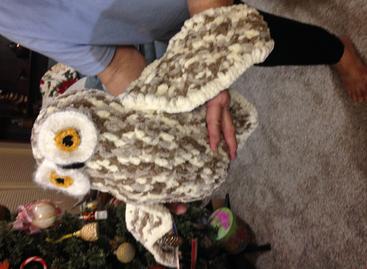 Only a few Backwards

Approaching each new day with with the same joy as watching the sun rise over the distant landscape. 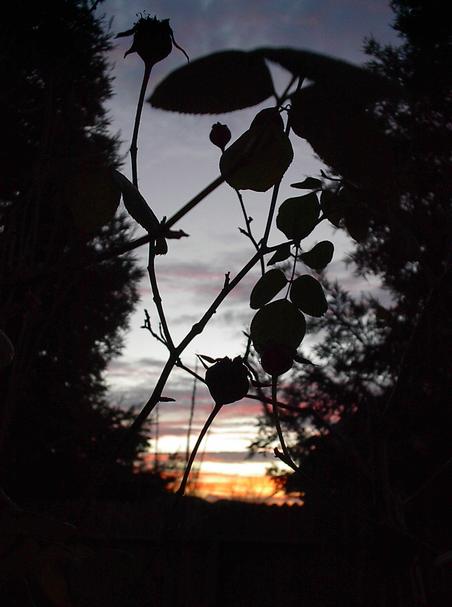 Owl in the Attic?  No, just an oversized owl, crocheted for my niece.  Now I wish I had done one for me.  Oh wait, I can!  After I get finished with all the other promises of toys and dolls for others.  You have to admit, he does have character.  For an Owl of his distinction.

This is a beautiful pitcher that I purchased at a antique and used what-not store.  I have never seen another like it but know there are more out there.  It's unique and quite different.

​​Here I am ready to pounce, said the cat to the rat.

WOW, here it is January 26, 2022 and I realize I haven't been to my web site it forever it seems.  so much life gets in the way of what goes on in our lives.  Last year I went through a few rounds of chemo, then weeks of radiation for cancer, and then, in October, after almost 6 years, I boarded the train for Florida to visit my daughter, granddaughter and son in law and to attend my granddaughter's wedding.  So exciting.

​The wedding was casual, and beautiful.  I missed my daughter's wedding a few years ago, but was so glad I could be here for this one.

I am still visiting.  My daughter wanted me to stay through the holidays and now into end of March.  It has been grand to stay so long.  I will be sad to go home but it has been a wonderful visit.

Florida during Season, which is now, is great.  The weather is good, and not the hot humid of summer.

I suppose I can be glad I am here and not home.  Although everyone has been vaccinated.   A niece was exposed at work, she came down with the virus, my sister, then her daughter and then another niece and nephew.  Then my son came down with it.  What the heck?!  The one niece is now back at work, the other has to wait, and son can't go back to work until he is over with it and tests negative.  Fortunately, they all had mild symptoms compared to what others have had.

​Not a whole lot more to add.  I wonder sometimes at having a website.  I guess more for myself and fun to visit and write a lot of nonsense sometimes. 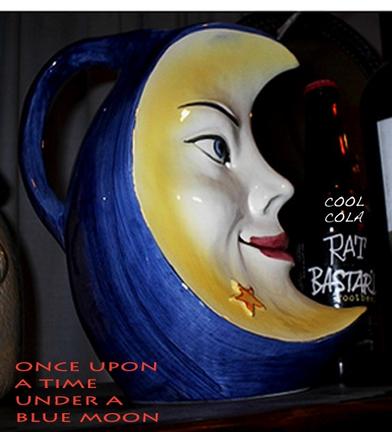 June, 2021.  =  Wow, here it is again another long stretch between writing.  Life keeps getting in the way of life.

Isn't it strange that what happens to others can happen to us too?  I tell myself cancer is real because I know first hand.

Last year I was visiting my sister in another state and while I knew it was time to go home, I was loving my extended with her and her daughter and family.  After all, it had been years since we were able to have a wonderful visit.  Usually when we were able to visit it was when she was having surgery, or our mother was.

Anyhow, I get sidetracked easily.  I knew something was wrong and so, time to take my leave.  At home, the first thing I did was contact my doctor and set up an appointment for a mammogram.  I was already overdue for one.  The findings were not a surprise.  Cancer.  Next of course came the biopsy, meeting with surgeons, etc.

I was not in unfamiliar territory when it came to cancer.  After all I had cancer in 1988 and again in 2006, and now.  When the final typing was done, it was a surprise.  Triple negative.  I first thought, yay, it isn't as bad as I thought.  Negative had to mean a good thing, right?  No.  I couldn't have been more wrong.

I have this habit of researching diagnosis to find out exactly what I'm up against.  In this case, a very different one from those in the past.  Triple Negative meant that I was in a 15-20% category of women who had this particular strain.  I also discovered that it is also one of the most difficult of all breast cancers to treat.  Triple Yay!

Anyhow, after the surgery, the next step was chemo.  Not a pleasant thought since I had gone through it my first time around.  The second time was a very small cancer and I went through radiation.  This time, it was going to be chemo and radiation, in that order.

Since it's getting late, This saga of life will continue another time.  More later.

Days pass by swiftly, the nights seem longer, and still we plunge forward into the unknown called today and tomorrow because yesterday has passed.

I am writing which is what I have promised myself to do no matter what.  Ideas, thought, make up a life of fiction, pretend to be someone else who is more exciting than myself.  Isn't that what all writers do?  I am inclined to think so based on all the books I have read in my lifetime so far.  In my 'nook' library I must have at leave between 50-65 books I have yet to read.  This does not include cookbooks, how to books, or.... just fiction, release from everyday, something exciting for just a short time before it is back to the real world.  I think everyone needs some kind of release from the real world be it painting, art in other forms, raising animals, working in the garden.  We all need  something to take us away for a short time.

By the time I finished for some reason, it tasted like someone had put flour in the mix.  No flour, but just a weird taste.  It was all I could do to eat even a little on my pasta.  I left it out for my son when he got off work.  Guess he ate it and didn't make any comment good or bad.  He just says, thats okay mom when I tried to explain why it might taste different.

So, I learned that sometimes you just cannot mess with perfection when it comes to cooking unless you know what you are doing.  I will continue to make my Alfredo sauce the same as always.  According to my recipes and not mess with it.  Lesson learned.

Today, I am making spaghetti sauce, what I call semi-homemade.  This I know how to make and tweak if I want to make a difference.  I also know when Not to tweak it.  So tonight's dinner will be so much better than last nights.  So, Bon Appetite to me and my son.  Yay!

Say yes to Instant Pots.  They are marvelous.